On Thursday, March 27th, 2015 Mike Pence signed a bill in Indiana that would allow businesses to refuse customers because of their sexual orientation. That means that if a gay or lesbian person went into a bakery, the owners would have the right to refuse that customer.

I believe this law is so unbelievably stupid. When I first heard about it, I just could not believe it.  How could something like this be happening in 2015? I just saw this photo on Twitter and I thought it summed up what is happening perfectly: 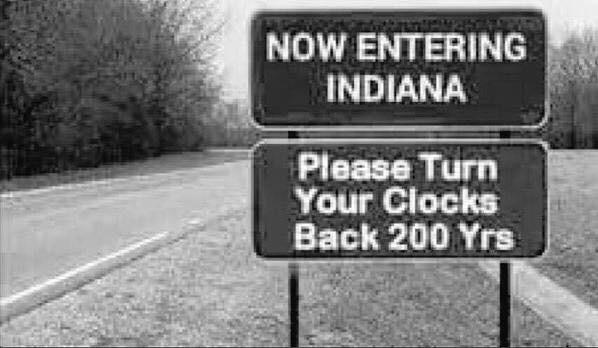 Today on Twitter, #BoycottIndiana was trending. Thousands of people are outraged by this and want the law to be boycotted.

Indiana is not the only place where a lot of gay discrimination is taking place. In fact, there are 76 countries around the world where homosexuality is illegal. Even more disturbing, in 7 countries you can be given the death penalty for being gay or lesbian.

Below is a video about the consequences of being LGBT around the world.

We should not be discriminating on the basis of who someone loves. Everyone has the right to love whomever they want, let that be someone of the same gender, or different.